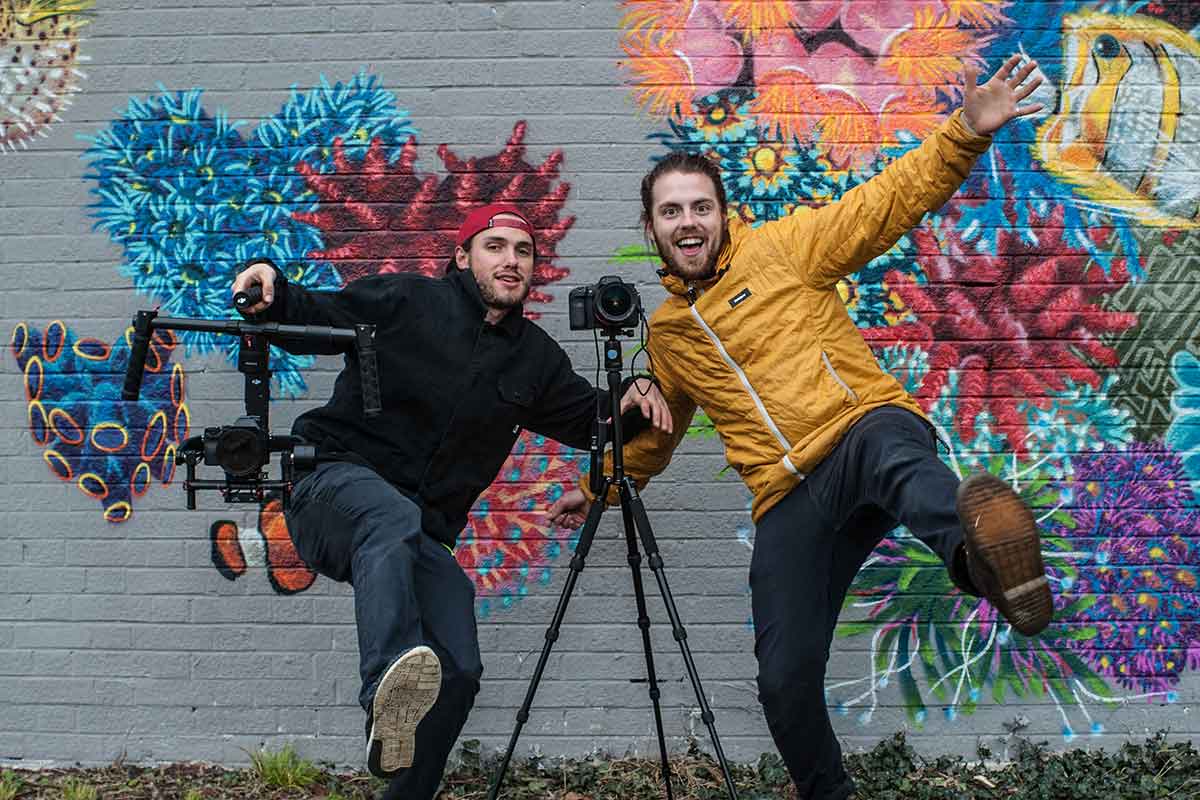 Interview with Emil Walker and Tearlach Byford of Where’s Kong

So…how does it feel to finally not be doing another free film for me?

Emil…It feels good! The previous films we’ve done with you have been a lot of fun and we’re excited to be collaborating on something again, it’s great to get paid but it’s also just great to work alongside your friends!

Tee…(About time!) I’ve spent years trying to convince Louis to pay me just a little so I can survive in this tough city but he has never offered a crumb, thankfully this opportunity came my way and I feel relived that I will be able to feed my nine and half cats four fish and 11 termites.

If you were responsible for a vault that held the most important documents and would be opened in 100 years, what would you put in it? And why? You can both answer that?

Emil … I’d put an aerial photograph of London in there, it’s going to be pretty interesting to see how ridiculous this city looks in 100 years!

Tee…That’s a tricky one as I probably have a few documents I should put in there to avoid bailiffs but if pushed I would go for the signed photograph of Ralph Fines, why because Ralph rocks my world.

How do you balance doing jobs and maintaining your arts and interests in films?

Emil…Before we moved to London we did quite a lot of travelling and always had to be saving and living on the cheap. Thankfully that mentality still exists in our lives today, we work to get just enough money to live and spend the rest of our time working on our personal projects and interests.

Tee…My love for art and film have always been my main focus in life, I try to combine the two as much as I can, for me my life force my calling is to make stuff in the world it’s the only