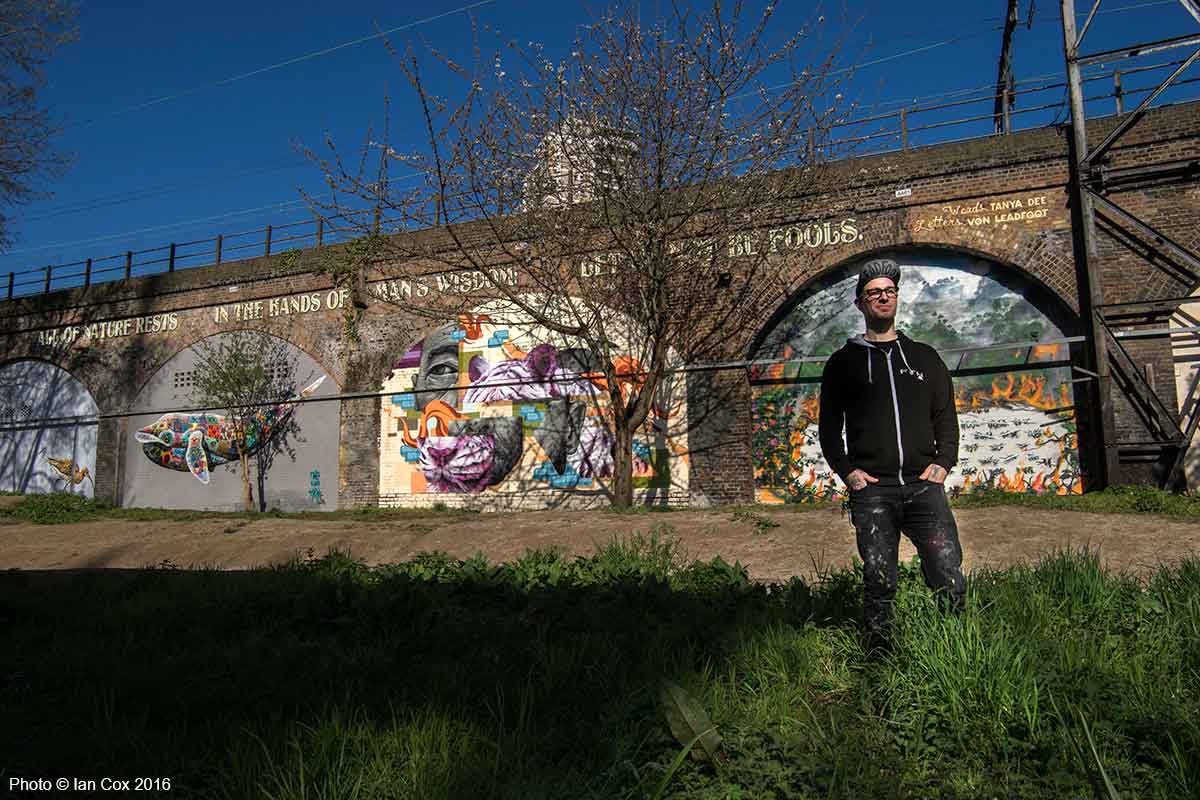 You’re not going to be writing your own words on this project. What would you have written?

To me it’s not necessarily the words that convey a message, it’s making those words have an impact and message all of their own. Solely by giving the type and the actual letters a specific feel within a designed layout. Bold letters can be considered unfriendly if used a certain way, script conveys a delicate message, block letters have a simple and welcoming feel, and so on. I’m not a wordsmith, but I could be considered a letter smith if that makes sense. I’d happily leave the writing of this project up to someone who excels at words and stringing them together, while focusing on amplifying the message by honing in on the small details of the letters themselves. This can actually give them the impact they need to help the written message come through.

How did you get into the sign writing business? Is it tough finding work in competition to more modern graphic designed signs?

In a nutshell, I used to paint old American cars and motorcycles. Over the years I became obsessed with lettering as well as typography. After fooling about with lettering brushes for a few years I began to call myself a sign painter and chased the dream. It was the only thing that made sense after the recession, combining my love of paint with a new found love of type, and from the financial crash I had loads of time to pass when not looking for a job. In the end I was lucky enough. With a bit of hard work as well, I managed to get the best of both. Paint and letters! It’s not difficult finding work at all, not even against “modern” graphically designed signage. Chances are if its been done by a computer, it has been made out of vinyl stickers, and therefore is rubbish. It’ll weather, it’ll peel, it’ll crack, it’ll fade, and all within a couple years. Most of all, it will look computer generated. If anything, it’s actually the vinyl graphically designed signs that keep me in business. People want hand made and hand crafted, because they know it will stand out as an original against the rest of the mundane computer graphics, and more importantly, it will last. The hardest part of being a sign painter I’d say, isn’t the competition of more “modern” designed signage, its getting the point across to clients before they pull in a designer, that sign painters are themselves designers and illustrators by trade. Do you think the Coca Cola script was designed by a computer? Nope, it was designed by a sign painter back in the 19th century, and still holds up.

I always love finding hand painted signs when I’m abroad. Do you have any favourite research methods?

Same. No need to research, just look up while walking down the street! Portugal, France, Italy, Chicago, New York, and London; these were all hot beds of activity in regards to hand painted and gilded signage, both past and present. Signs and lettering make up a massive part of our daily lives, they’re EVERYWHERE, especially in the city. Have a look around as you walk, sit on the top deck of the bus, you’ll spot the hand done signs straight away.