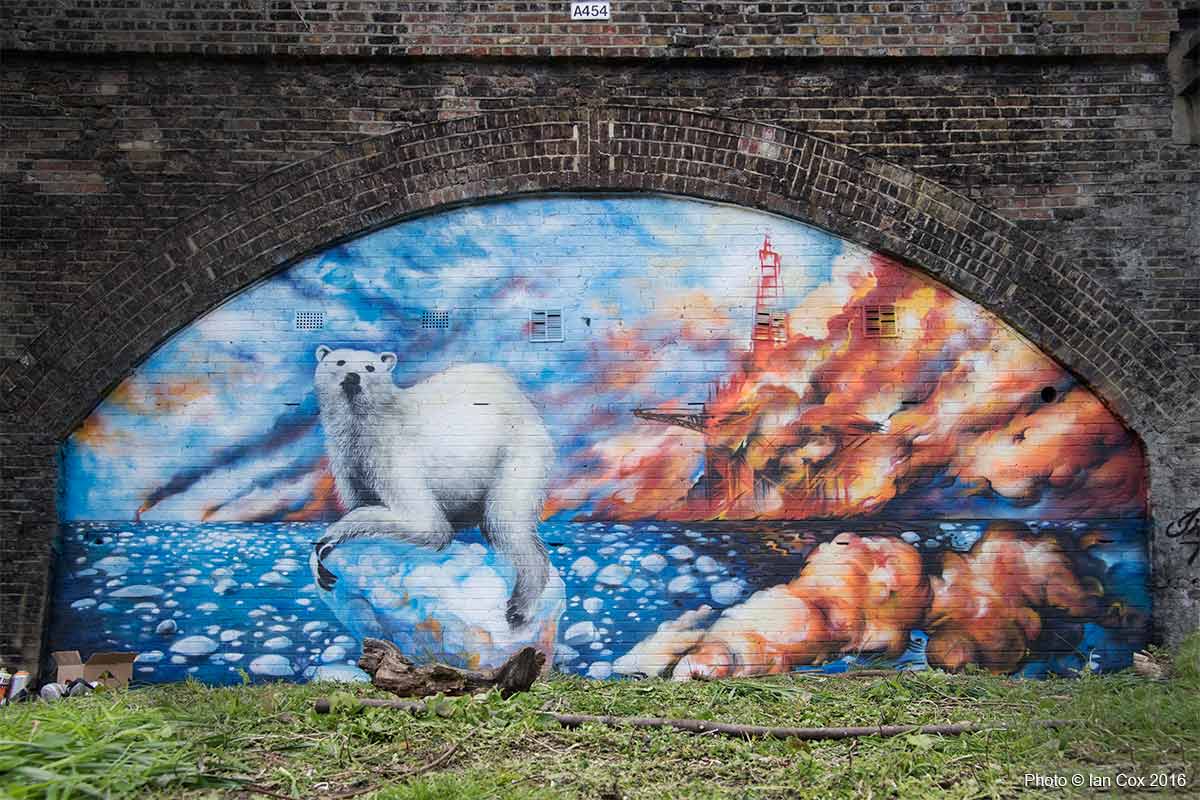 Polar Bears are dependent upon Arctic sea ice for access to their prey. This means that climate warming poses the single most important threat to their long-term survival. Arctic sea ice loss has progressed faster than most climate models have predicted, causing an increasing problem for Polar Bears. Offshore oil and gas exploration in the arctic is furthering the issue locally too, disrupting many habitats.

We’ve known each other a few years now and I’ve seen you create a very eclectic spectrum of work. What do you want people to recognise you for?

I have a very spontaneous and eclectic paint style that follows the way of the samurai, decisive and colourful.  It would be good to be known and remembered as an artist who doesn’t follow convention or take the easy route, consistently pushes the boundaries and opens doors for the culture to take root in the contemporary culture.

I know you did a project with Greenpeace last year, can you tell us a bit about that?

Greenpeace asked for my creative support in their recent campaign to stop the dredging of the coral reef in Australia, a travesty of economics over environment.

You’re a deep thinker, do you feel that the creative mind has a unique way of entreating its environment?

I believe that the role of the street artist is to change their environment, filling it with egoless creativity and overcoming the mundane blank world the government, council and property developers would have us live in.

Do you think that creatives have a compelling enough voice to change the way our planet is being governed and looked after?

It is important that artists become the voice of the people, create dialogue, inspire creativity and stretch the imagination of the population. Our voice is the most powerful because it reaches all corners of society. We should question the status quo and fight the objectives of those who govern and greedy corporations who destroy the environment for material gain.