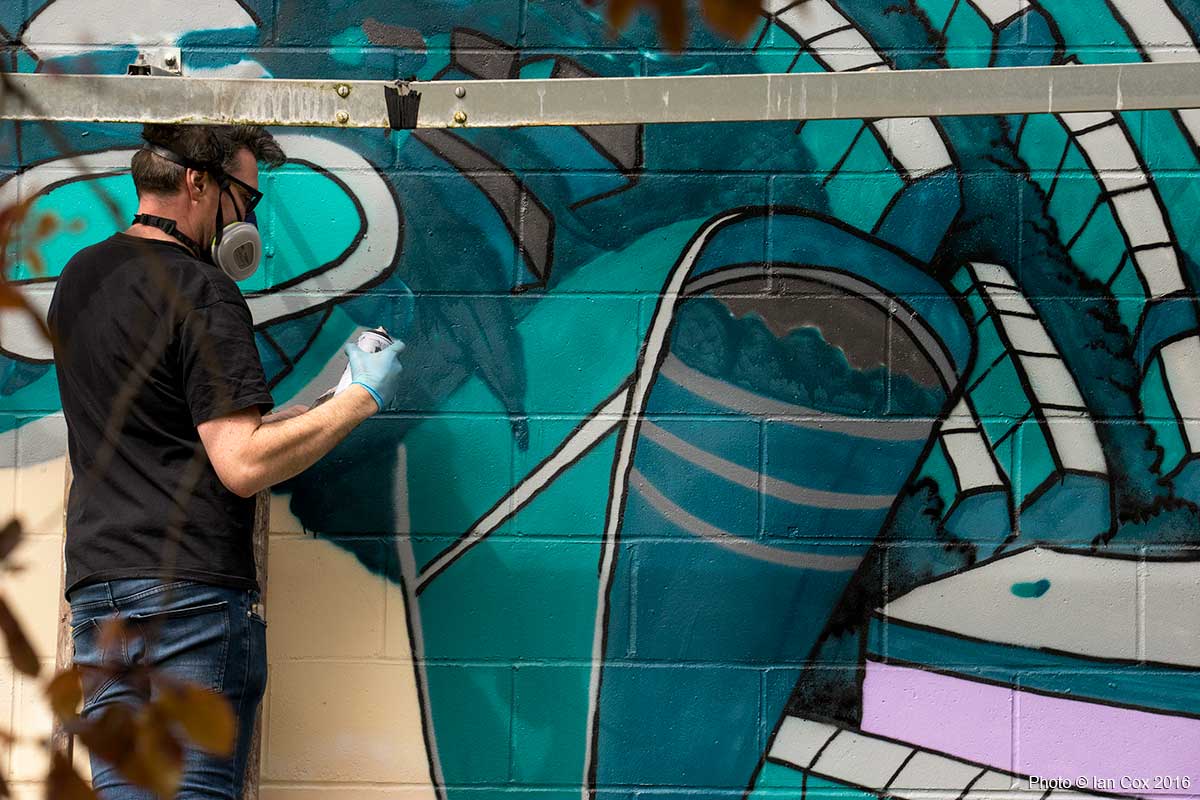 Once common throughout Asia, elephant numbers were severely depleted during the 20th century, largely due to habitat destruction, human conflict and the ivory trade. While some populations are now stable and growing, these issues continue to threaten the species.

Your work usually depicts dinosaurs. So why dinosaurs?

After doing one or two to start with they became very popular with people and I was asked to do more and more. I like them as we still don’t fully know what they looked like, so there is a fair bit of creative freedom in depicting them. There are lots of fantastical forms in dinosaurs that are fun to paint. I like the scale of them and that they are from a time long before ours when they were the dominant species on this planet. Makes me think that maybe in millions of years time Earths new dominant species might find the remains of our civilisation and wonder what caused us to become extinct…

Although I do work up in London on commissions I couldn’t really say as I don’t live there to know how it is fully. Bristol has a long history of Graffiti, Street Art and mural work and that type of work is generally accepted right across the city. There are perhaps more places to paint than there are in London and carrying a load of paint around Bristol doesn’t take that long.

Do you worry that many species will become extinct like dinosaurs  and what animals would do anything to protect?

It does seem very possible and sadly down to the actions of humans as opposed to a giant asteroid hitting the planet. I’d be really sad to see amazing creatures such as the Tiger disappear completely. Such a magnificent, stunning big cat. I often think that I’d feel particularly sad if some of our native species disappeared. I don’t think either of my children have ever seen a Hedgehog scurrying along out and about. I used to see Hedgehogs all the time when I was growing up. I’ve got a lot of time for hedgehogs.