The Art of Beeing 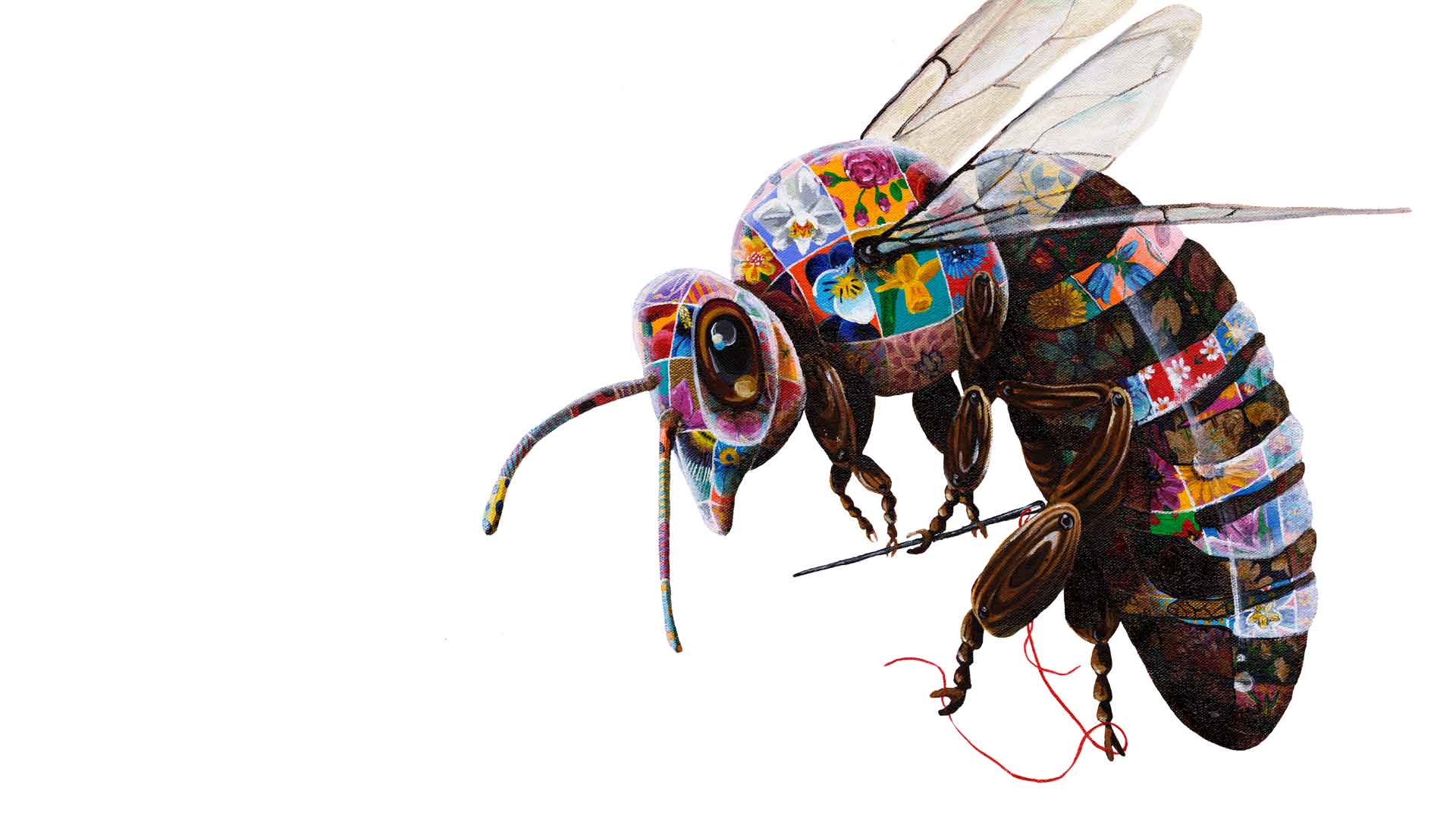 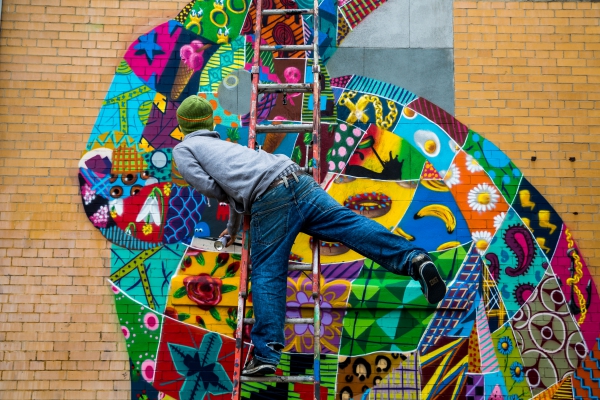 British artist Louis Masai has arrived in the USA to begin his attempt to tackle species extinction through art. Masai’s mural of a New England Cottontail Rabbit on Troutman Street in Bushwick, New York, kicks off The Art of Beeing tour as the first of 20 murals coming to 12 US cities this autumn. It is one of the most ambitious mural projects of its kind to date, reflecting the fast escalating extinction crisis. With dozens of species becoming extinct every day, many scientists believe up to 50% of species are heading towards extinction by 2050. 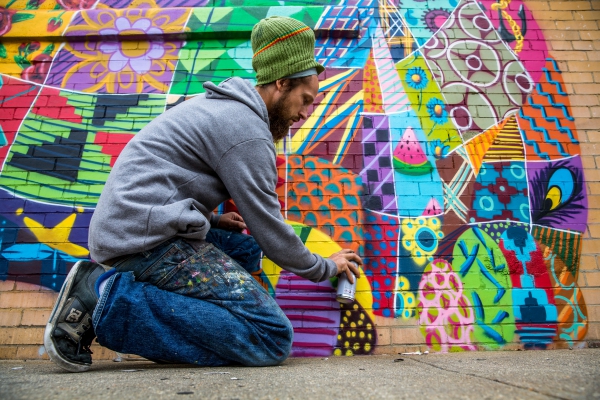 Over 12,000 animal species are currently considered threatened across the world. With nearly one in four mammals under threat in the United States, The Art of Beeing highlights local species at risk and the urgent need to act on climate change and environmental degradation. It is calling for individuals to come together, much like bees, to put nature first. The tour’s website provides information on how to take action and profiles those doing positive work for endangered species. 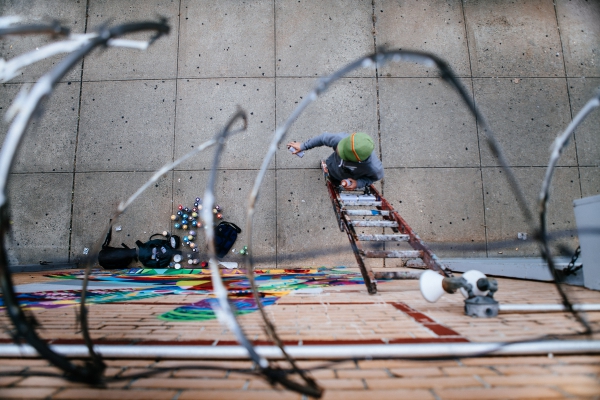 Produced by Louis Masai and Human Nature, the environmental art platform, The Art of Beeing is being supported by organisations working for people and planet including Defenders of Wildlife; Ecoalf, the recycling fashion brand, and Synchronicity Earth. It follows a successful first collaboration between Human Nature and environmental artist Masai, ENDANGERED13, in London in Spring 2016.

“Within the USA’s ecosystems are some of the worlds most endangered species. I’m painting these animals as patchwork toy murals because, unless we act now, they will become relegated to items on a toy store shelf. Just as patchwork has a history of sharing memories and being passed down the family line, these species could become mere memories for future generations. For me, the bees represent the stitching holding our ecosystems together.” 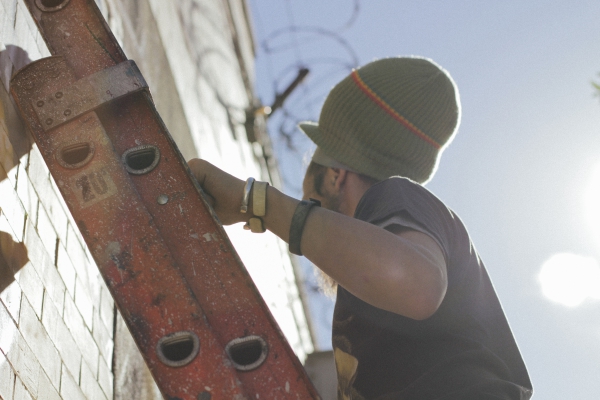 Thousands of people are coming together to tackle extinction. Image: Tee Byford

“Our vision is a world in which nature thrives. We face a big transition over the coming decade and the time to get creative is now. Art is a powerful tool that can be used to celebrate the very best of our world and reconnect with nature. It’s never been more important to put the environment first and nature at the heart of our decision making. Join us to find out how.” 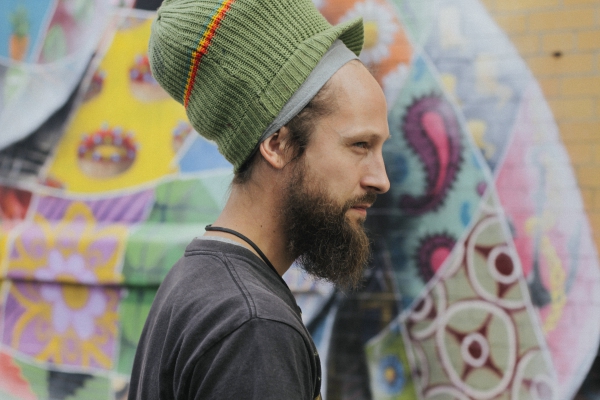 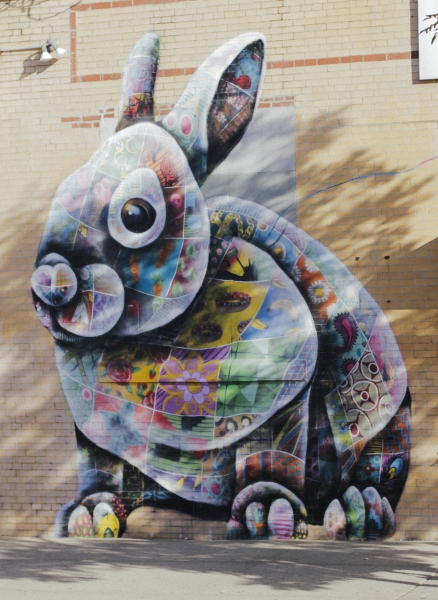 To follow the tour progress, Louis murals, species information and how to get involved go to www.artofbeeing.org