Swim beyond politics to a space of imagination 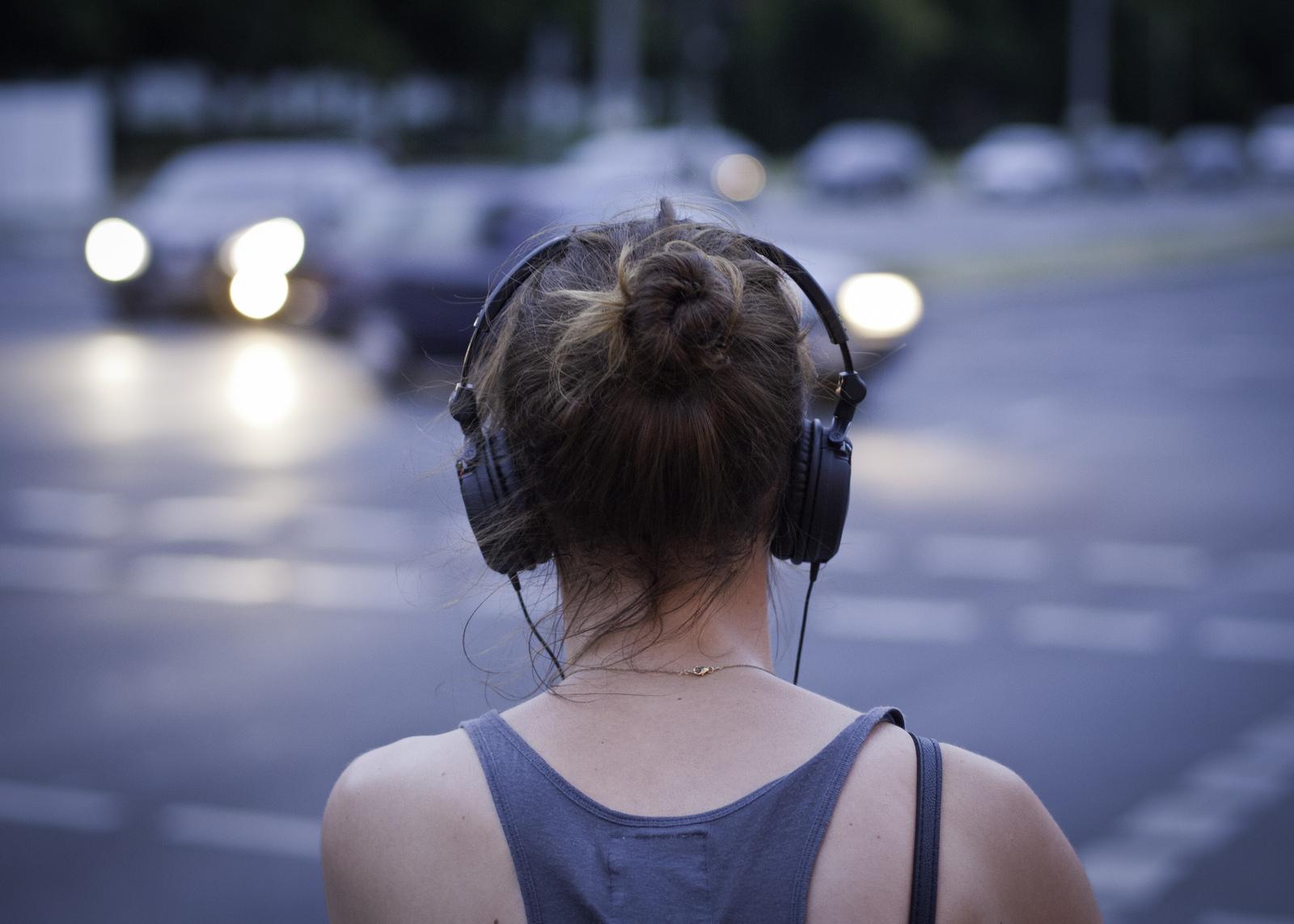 My god there’s a lot of noise out there right now. It’s as if someone’s turned up the amp and we’re being buried in media commentary, extreme politics, chat about money, migration, and then more chat about money.

It’s been hard to find a bit of space. Here in the UK we’re grappling with our future post Brexit, with waves of political noise ramping up across the ocean.

It’s not been a pleasant place as a whole. I, for one, haven’t been writing but reflecting on how we move out of this negative space into one of positivity focused on building the world in which we want to live. To me, it’s more important than ever to focus on what we want rather than what we don’t. But how?

One thing remains clear. As a whole, we are collectively moving beyond capitalism in our minds. Individuals and communities are calling for a world in which money no longer dominates, a world that places prosperity at the heart of decision making. Whilst the majority are moving in this more collaborative direction, with optimism and hope for the future, political rhetoric is pulling society back into the money ring. ‘Come fight over here’ politicians are calling, ‘you know you’re afraid, and money will save you’.

But, if that’s the tool they’re using they may as well be pumping up bike tyres with a spanner.

‘The Story of the Line’ explains the myths of capitalism.

Of course money is important, as a means to an end. But the focus must be on the end. What became apparent with the Brexit vote was indeed this damaging focus on wealth, as put so eloquently by Stephen Hawking. His argument being that we will only progress as a society if we collaborate and share, with an underlying vision of creating a better, happier society. I couldn’t agree more, and like Economics correspondent Paul Mason, and countless others, I believe we must work together to achieve prosperity, not wealth. This is elaborated in the Abundance animation series The Story of The Line. The good bits come from us working together, not chucking money at the problem. Here’s the thing. We all know it. But, fear sells papers. It stirs emotion. It wins votes. So, the system wins.

How can we break the cycle?

Lets start by trying to establish some facts. The first being, we live in a world of depleting resources, vast corporate control and too little value being placed on natural capital. Stay with me. 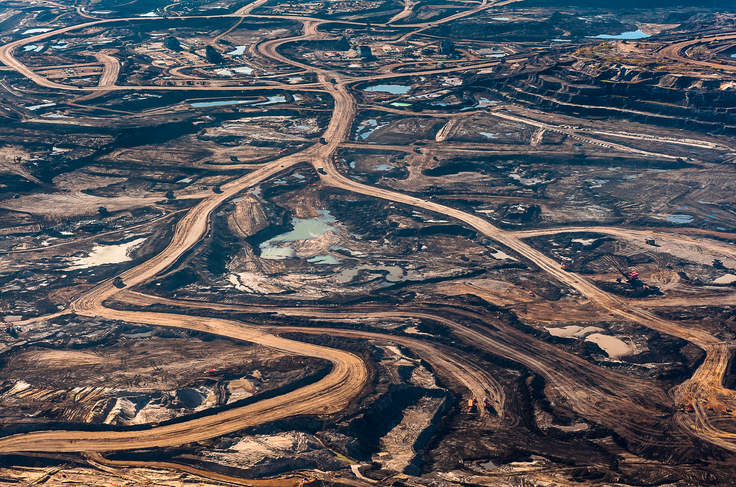 Second, no political party, or leader, can magic up change quickly without addressing environmental degradation as a headline political concern. No border controls, no tax schemes or otherwise will change our trajectory.

The fundamental truth at the heart of where we now lie as a planet is this. We are exhausting our land, our oceans, our forests. The ability of our soils to produce food is dwindling at an alarming rate. Here in the UK it’s recently been reported by scientists at the University of Sheffield that we face an ‘agricultural crisis’ with just 100 harvests left at the current rate of soil degradation. There simply won’t be the land quality and nutrients left to feed us such has been the over intensification of farming.

The global economy is creaking with inequality. Migration is increasing as land becomes unfarmable with changing weather patterns, and thus uninhabitable. As communities seek new livelihoods elsewhere, namely cities, tensions arise and, as in Syria, the problem escalates. People are on the move desperate to find a land that will sustain them environmentally, politically and socially.

At the same time, industry is battling with increasing resource costs. Water is getting harder to find as areas, such as west coast US, suffer from increasingly frequent droughts. Coupled with energy insecurity and the increasing risks of fossil fuel investment, with billions pulled from oil investments this year alone, baseline business costs are rising. And, guess what, uncertainty puts more pressure on profit making with a rise in the demand for cheap labour. Across the US people are pointing fingers at ‘migrants’ for their place in this picture, or rather ‘taking’ jobs. Again, it comes down to pressure on resources and escalating fear.

In short, the economy will not bounce back. This is a myth. 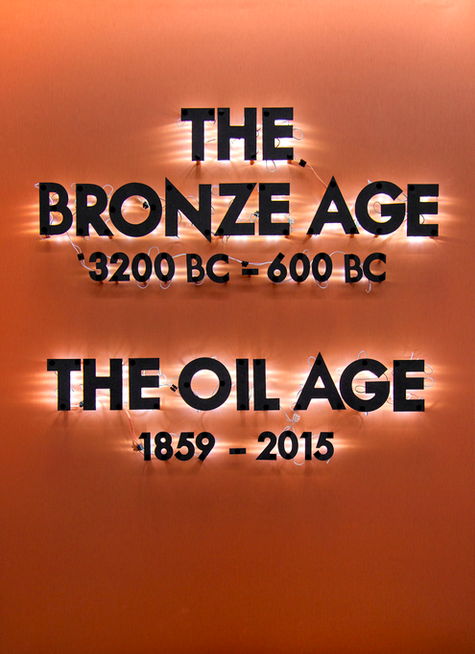 It’s not going back anywhere. We are entering a post industrial era that must be created. Commonly, this is known as progress. We’re not on the hunt for finding a way back to a time before. A time before, by the way, that borrowed from the future. Credit was cheap and we overcooked our bounty, quite literally. This new era is about working together, sharing and finding a long term path that works for us all – as global citizens.

The good news? The new economy could be amazing

We are now at a junction made more than clear at the COP21 Climate Talks in Paris. The future looks very different indeed. It will be powered by renewable energy, and fast. Value will be placed on the environment. All this is about creating a new type of economy, a greener one. And, yes, there will be jobs. And, no, there’s no need to fear it. Yup – the sustainable businesses leaders, scientists and new entrepreneurs don’t really do fear in terms of what’s possible. Funny that. 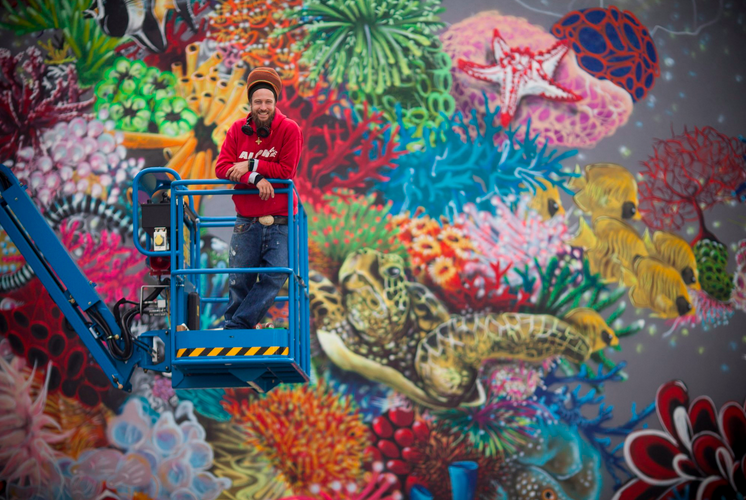 Yes, it’s about tackling climate change, preventing mass flooding, drought, migration, the destruction of homes and businesses (all a very fear swelling and a costly business indeed), but it’s more than that.

Getting to this point is about taking a long hard look at what actually sustains us locally, nationally and as a global civilization. Our natural resources. It’s not about being aligned to the right or left politically. Prioritising resources does not make you a raging liberal or lefty. This is crucial. We have moved beyond that and we are already in transition. This is the real economic argument, and it sits outside of mainstream politics. That’s why we’re feeling so much conflict. There’s no one we’re identifying with and society is on the move.

We’re feeling the pain of change and our leaders are not not who we thought they were.

Take a step back to make the break 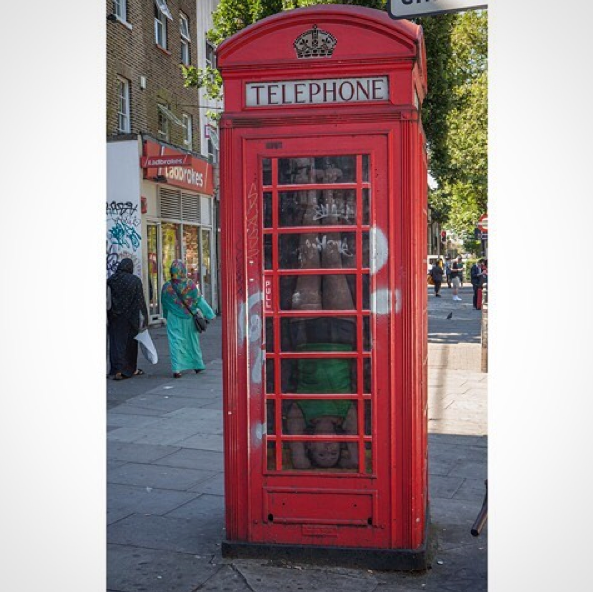 It’s never been more important to step back from the noise, find a space and realise that the single thing that matters in our decision making is nature. Well, connected, collaborative, working communities and nature to be exact.

Get out of the city. Each and every one of us. Find a quiet space and go for a swim. Find a river, a lake, the sea. Breathe. And realise that it is this that matters. Accuse me of being a dreamy idealist if you like, I actually couldn’t care less. I just ask that you try. 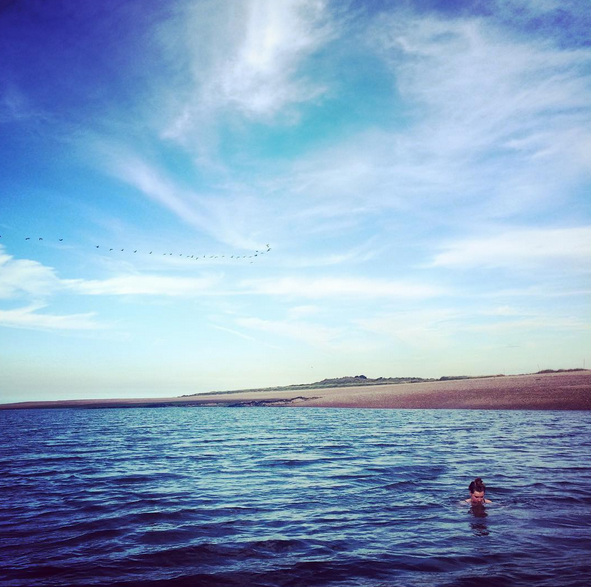 Nature is the thing that will save us all, in the end. Respecting it’s power and value in our lives will remove the fear. Because, at it’s heart if treated well the natural environment rewards us all.

This is something Human Nature artists know all too well. They, in part, create this vital space for calm, reflection and imagination.

Dry off and move forward

Once you’ve dried off, focus your energy on creating something new. 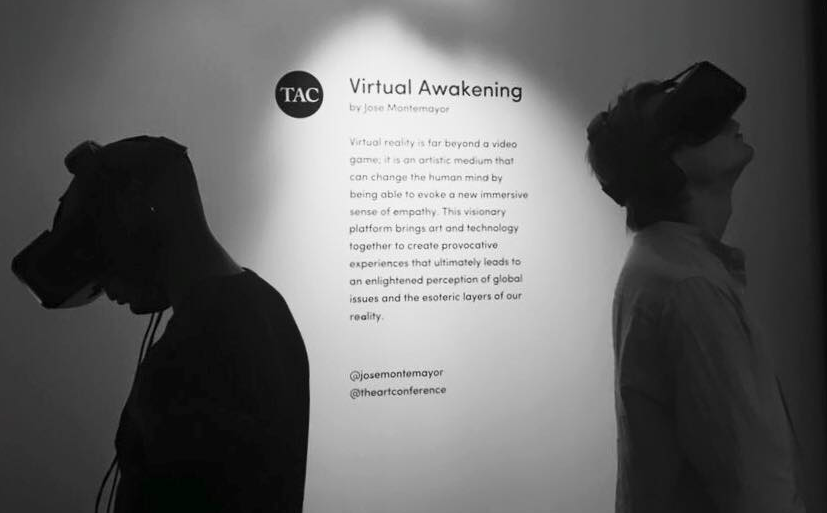 Each and every one of us has the power to set the world on this new trajectory. And, the best thing is we can even have some fun in the process. Why? Because we’ll be working collectively rather than as isolated individuals.

So, the good news is that it’s not political parties that are our leaders. It is us. It’s time to ignore the noise and focus on our own potential. As Stephen Hawking said recently, humans are a wonderfully resourceful bunch and together we will do what it takes. Action, however, will be driven through hope rather than fear.

In the meantime, it’s unlikely Trump with have his moment swimming. Which in some ways is good for us, because we’re all better off not seeing him in his trunks.