Do You Speak Seagull?: creating dialogue between creatures 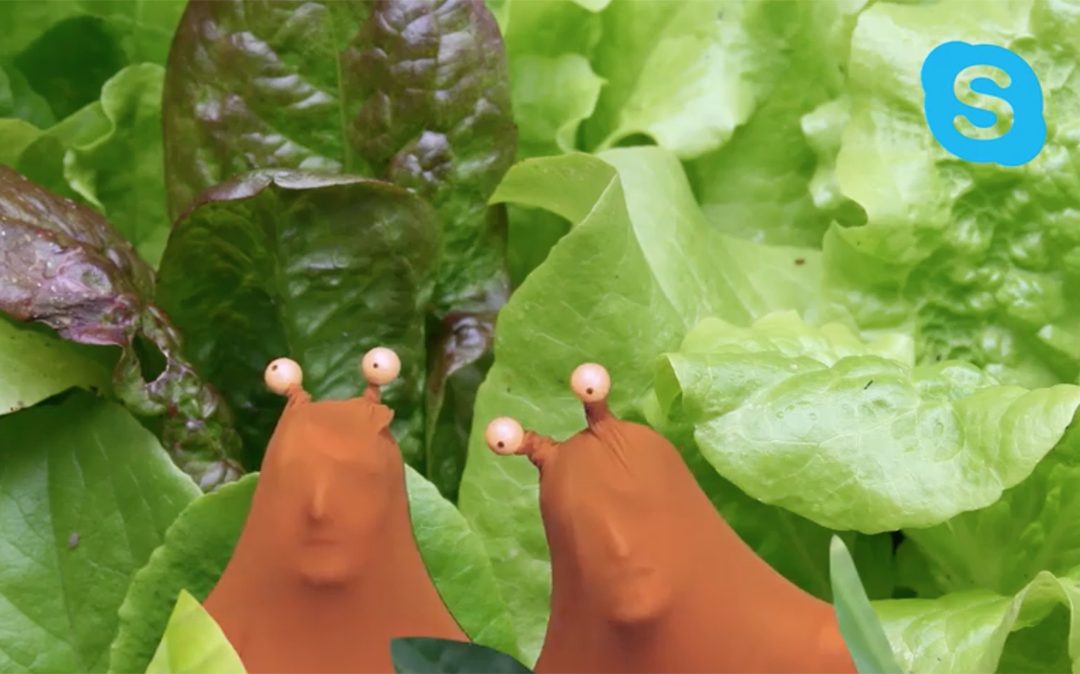 Earlier this month a short exhibition hosted by Brighton-based ONCA – One Network for Conservation and Arts – drew to a close. Do You Speak Seagull? was a creative voyage into our communication and relationship with animals, a theme attracting increasing attention in the arts and beyond as our relationship with the natural world grows ever more complex.

“By what means do we define our differences? How can we be sure when we look around us, we see the same world? Who is it that defines an environment?” Felix Prater and Sean Smyth, Pests, ONCA

Aside from stand-up comedy, you rarely find yourself part of an audience entirely in stitches. It’s even more unusual in response to a series of hard-hitting philosophical questions about humans, the environment, and our wider animal family.

A series of mock Skype calls presented by two of your more unlikely hosts, fox and seagull; Pests was a performance by young Brighton-based artist Felix Prater and ally Sean Smyth, the last in the programme of events within the exhibition.

Oxford English Dictionary definition of ‘pest’: ‘A destructive insect or other animal that attacks crops, food, livestock, etc.; An annoying person or thing, a nuisance’ 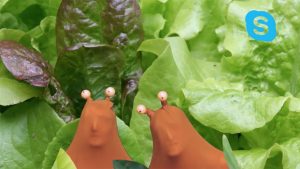 Interviewing a few animal representatives – slugs, head lice, moles, and more – the witty duo challenged the human designation and treatment of ‘pests’. Somewhere between Basil Brush and Fonejacker, they joined the very British canon of satire, skilfully balancing humour and sincerity to make for a refreshingly accessible and engaging approach to animal and environmental activism.

“Playfulness is really, really powerful to help us understand the world and investigate and experiment with it”, Alan Hook, Ulster University, BBC Radio 3, ‘Free Thinking, Our Relationship with Animals’

The piece exemplified the innovative spirit of the whole exhibition, which straddled Remembrance Day for Lost Species on November 30th. A diverse set of creative investigations into communication and translation between species and languages, the schedule set out to explore the voices of others, with the hope of understanding more about our selves as both humans and creatures.

The exhibition joined the growing international network of artists, educators, curators and others that have participated in Remembrance Day for Lost Species since it’s start in 2011. Responding to dramatic loss of habitat and species brought about by climate change, the day encourages action of any kind for commemoration and conservation. With this year’s WWF Living Planet Report predicting the number of wild animals on Earth to decrease by two thirds by 2020, the need for action has only become greater.

“I’m most passionate about Remembrance – for me the whole exhibition was a meditation on what is disappearing and ways to cherish and celebrate what remains.” Interview with Persephone Pearl, Co-Director at ONCA

The two floors of ONCA’s gallery space housed a multi-media display of artworks. Included was The Cirl Bunting project – a collaborative fundraising exercise by ONCA with artist and keen Ornithologist Matt Sewell, for the RSPB’s protection of the endangered Cirl Bunting, native to Southern England. Wooden replicas of the bird were decorated by top artists and illustrators, exhibited and then successfully auctioned with a substantial sum raised – an attractive alternative to the usual notorious art auctions in the limelight. With some sold to buyers overseas, the stories are spreading far and wide.

Also paying tribute to endangered birds, US-based artist and academic Elisabeth Pellathy’s Visualised Birdsong was a series of 3D printed sound waves showing the ‘shape’ of the calls of ten of the most threatened species worldwide – fittingly fragile forms balanced delicately in glass bell jars, accompanied by a set of prints, and the birdsong recordings drifting overhead. These works were joined by Zoomorphic paintings from James Roberts and a video projection of Prater’s Being a Fox.

The wider programme was similarly diverse, including an artist talk, commemorative procession, animal voices writing workshop, poetry, music and performance. Equal to its range was its far-reaching engagement with the public, interacting with members of the Brighton community, as well as those further afield, and spanning across all ages and occupations. Just outside the gallery door hung ten-year-old Elizabeth Price’s mural of a Pig Footed Bandicoot, the proud winner of an endangered species drawing competition run as part of ONCA’s educational programme.

ONCA is a pioneering station for arts and ecology in Brighton. Founded by Laura Coleman in 2012 as a gallery and performance space, it now functions as a community hub and collaborative workspace for artists, charities and businesses engaged with the natural world, and committed to positive change for the challenges we face.

‘We have come to see ONCA as a framing device, as the four corners of a space that is open to anyone who wants to tell, listen or be part of a story about positive change.’ ONCA website

Do You Speak Seagull? joins a growing trend amongst our cultural institutions of examining our anthropocentric view of nature, and specifically animals. Other current exhibitions focussing on this theme include Making Nature: How we see animals, opened recently at The Wellcome Collection in London, and No Such Thing As Gravity at Liverpool’s new media art centre FACT – Foundation for Art and Creative Technology. This span of new ‘framing devices’ to examine our relationship with the natural world is an encouraging step in the right direction. Only by envisaging our world differently can we be inspired to help make it so.

For upcoming events at ONCA, see their website: onca.org.uk/upcoming-exhibitions