Oliver Barnett is an English photographic artist living in Cape Town, South Africa. Having dedicated much of the last five years to walking and observing around his home at the Southern tip of Africa, these artworks emerged from Oliver’s consistent inquiry into the evolution of human consciousness and its relationship to the natural world.

The resulting body of work intends to provide tools to connect to a collective perception of the environment and find new ways to display and share a sensory journey amongst hidden features of the landscape.

Over the course of time, distinct threads have unraveled to create autonomous sequences of images that inform each other in the creative process. Oliver’s early work consisted of landscape portals, extracted from notably vibrant natural settings encountered while exploring. Renditions of these sanctuaries, steeped in symbolic reference, intend to yield a sense of stillness and balance that the viewer can drift into and, if necessary, shelter from the distortions of modern life.

As the eye and technique integrate, we are invited to take a closer look at familiar and unusual aspects of the landscape. His new work sets out to encounter abstract natural structures that stimulate an extrasensory response, whilst allowing room for any free-floating elements that may embellish the viewing experience.

Carrying a strong interest in Deep Ecological insight, the images offer creative fragments that recognise the worlds of science and spirit to be co-dependent and that anything contrary will cause rupture in the broader understanding of life on our planet.

One of the most positive aspects of the ecological crisis unfolding around us is the glaring realisation that what happens to the planet is happening to us, that we are inseparable from the processes of evolution manifesting within the global eco-system.

This has resulted in growing numbers of people waking up to their deep connection to the intelligence of the cosmos, who are seeking to find ways of living that do not violate their recovered ecological sensibilities. It is the call of ‘Anima Mundi’ the Soul of the Earth, trying to express itself in our consciousness in ways which move beyond the dualistic animism of Plato, the otherworldly dualism of the old church and the Cartesian view of the world as a set of quantifiable objects.

As this seed breaks open, we see the wisdoms in letting go of the objectivist assumptions of modern science while embracing the considerable achievements and benefits it has undoubtedly brought us. This dawning awareness is in truth a reawakening of the old non-dualistic animism that has been dormant for so long. It is a reassertion of our indigenous soul, and of the felt solidarity with earthly nature common to our tribal ancestors. Our task now is to explore ways in which the new animism can be integrated into the very heart of western culture.

For all it’s staggering beauty, this earth is hardly safe. It’s filled with shadows and uncertainties. It’s why contemporary civilisation seems so terrified to drop the pretense that we can master and manage the Earth. Well we can’t, we never have, we never will. What we can do is to participate more deeply, respectfully and creatively in the manifold life of the breathing mystery we’re part of. 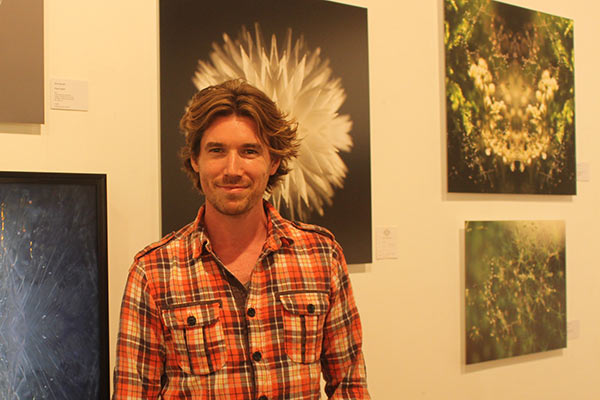